“For me skateboarding was always  antiestablishment. It was an underground thing. Something you did because you weren’t into competitive sports”.

Photographer, editor, publisher, visionary – my guest for episode 031 of the Looking Sideways podcast is truly one of the unsung heroes of the UK action sports community: Tim Leighton-Boyce.

Tim’s classic sequence of Simon Evans for his 1992 interview.

Tim was the main driving force behind the legendary R.A.D magazine, the much-loved UK skateboarding institution that did so much to support UK skateboarding and skate culture during a critical time in the scene’s development on these shores.

You can get an understanding of its importance from the popularity of the @readanddestroy Instagram account, currently being run by R.A.D. alumnus Dan Adams, who is doing a brilliant job of shining a light on this specific period in UK skateboarding history.

When I started the podcast, ‘TLB’ was one of the first name on the list so I was stoked to head up to London to interview him about these years, and pay homage to a man and a scene that had such an influence on myself and countless others.

Half cabs, tiny wheels, big pants – an iconic Manzoori handrail at the height of a notorious era.

I recorded this chat with Tim and Dan Adams at Dan’s studio in East London in November 2017. Hope you enjoyed this one as much as an old geek like me did!
All images courtesy of The Read and Destroy Archive © Tim Leighton-Boyce

Connect with Read and Destroy 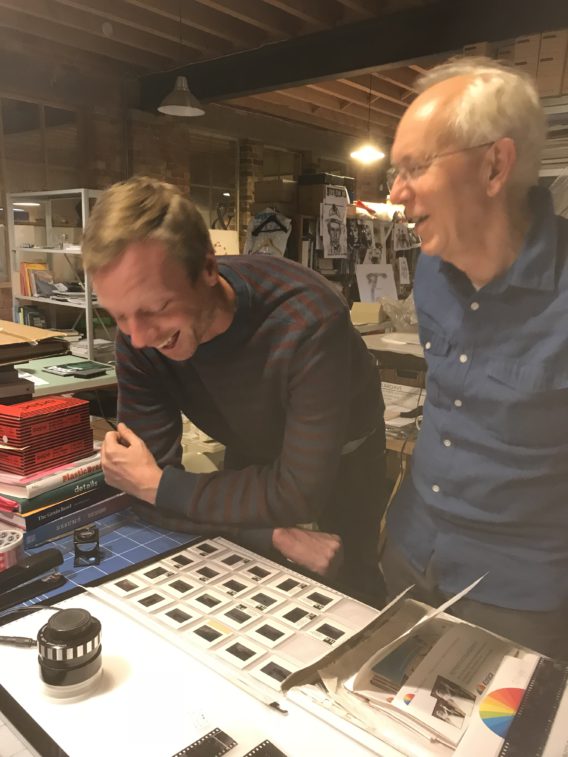