Craig and Kevin at the height of their odyssey. Photo: Craig

“Some people just have the travel spirit in their blood. That’s how it was for us”.

I’ve been wanting to bag this one for years. Craig Peterson and Kevin Naughton are surfing’s very own Lewis and Clark, two Orange County boys who in the early 1970s embarked upon surfing’s most legendary odyssey, traversing the world looking for waves and defining the golden age of surf travel and exploration.

It was an impossibly romantic journey that saw them spend a decade questing their way across the Americas, Europe and Africa, documenting the entire thing in a series of massively influential dispatches for Surfer Magazine, and creating the wave hunt template that everyone from Kepo Acero to Chris Burkard follows today.

I first interviewed Craig over 15 years ago, and once my California road trip was confirmed I got back in touch with Craig and arranged to meet them and record an episode while I was staying in Huntington Beach. Which is what myself and Owen Tozer did, heading to Kevin’s SoCal residence to sit down and go over the entire story.

And what a joy the resulting conversation was, enlivened by some of surfing’s greatest tales and the generosity of Craig and Kevin themselves. Sure, they might not enjoy the same renown as some of their peers and contemporaries, but their contribution to surf culture is as great as anybody’s. It is a true pleasure to help the duo bring their story to a new generation.

I’ve got to thank Craig and Kevin for their hospitality and for being so enthusiastic about coming on the show. Hope you enjoy this glimpse into a classic period of surf history as much as I did.

Connect with Kevin and Craig 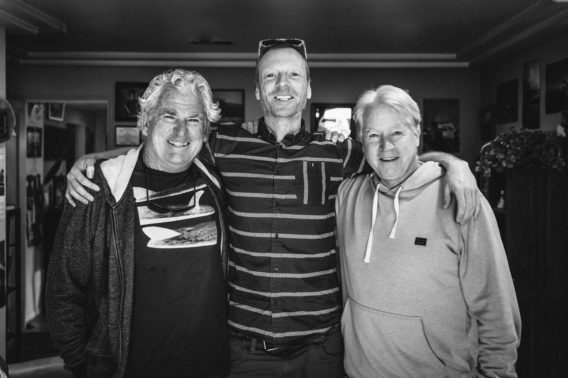