“You can’t go back. You can’t live in the past. At least, not in California.”.

The word legend is bandied around too easily these days. Not least by me. But really, no other word is big enough to capture Herbie Fletcher’s personality, or what he represents to surf culture. As Jamie Brisick puts it, “In rock and roll we’ve got Iggy Pop and Mick Jagger. In surfing we’ve got Herbie Fletcher.”

So what makes Herbie Fletcher such a titan of surf culture? There’s the surfing, of course. Herbie is one of our great stylists, consistently blowing minds over six decades of enduring mastery.

Then there’s his endless relevance. Hawaii in the 60s. Longboarding in the 70s. Astrodeck in the 80s. Wave Warriors in the 90s. Pioneering tow surfing. Whatever the decade, Herbie has taken risks and been at the cutting edge of every key development in surf history, often literally years ahead of the curve.

There’s also the fact that Herbie is patriarch of THE quintessential board riding dynasty. Father to Christian and Nathan. Grandfather to Greyson. Husband to Dibi, herself a scion of the great Hoffman family, and surf royalty in her own right.

A lifetime captured under one roof. Photo: Tozer

He’s also a renowned artist who works in every conceivable medium, counting Julian Schnabel as a friend and, at the time of our visit, prepping for a forthcoming exhibition at the Gagosian. NBD, right?

Like I say – only the word legend will suffice. It was a great privilege to spend the afternoon with Herbie, watching him work and recording this conversation. Sit back, and enjoy a lifetime of tales from a true icon.

All photos by Owen Tozer.

Listen to this section - Herbie on his early years in Hawaii. 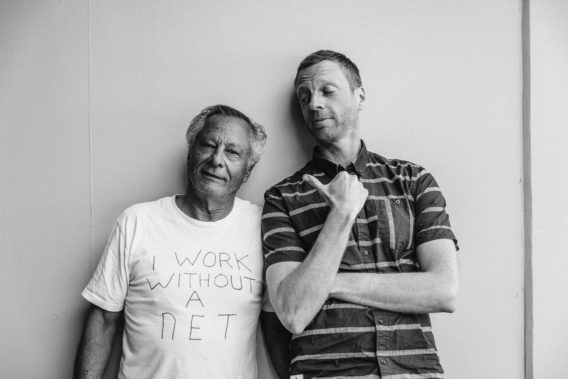