“The driving force is that one day that changed my life. I just wanted everyone else to experience the same thing”.

For me, there is much more to the action sports world then the globe-straddling superstars we all know about. For every top pro or household name, there’s a lesser-known industry hero who’s passion and drive has contributed just as much to the culture we all love. Today’s episode with UK snowboarding pioneer Jeremy Sladen is about celebrating this integral part of the industry story.

Jeremy was part of that first wave of early adopters who did so much to launch snowboarding in the UK and Europe back in the 80s. Driven by nothing more than a passion for the sport, Jeremy and his peers set up the brands, magazines, shops and associations that laid the foundation for much of the modern UK snowboarding industry.

Today, as head of The Snowboard Asylum, he is one of the most respected presences in the European snowboarding industry, famed for his massive personality, sense of humour and love of snowboarding.

In March 2018 I headed up to Aviemore in Scotland to sit down with Jeremy and cast an eye over his incredible, colourful career. As you might expect, we covered the whole story: how he got into snowboarding, how the UK scene developed, how he makes the decisions that characterise his role as one of the biggest retail influences in the UK, his thoughts on the future of snowboarding and much more.

We also, as I’d hoped we might, addressed what for me has always been the key question: why? What has driven this character to dedicate 30 years to the passionate stewardship of the sport he loves? Was there one single spark?

I’m happy to say that during our intensely enjoyably chinwag we got right into these details, and I came away with the answer I was looking for. Hopefully this episode helps to celebrate one of those unsung individuals who’ve had a huge impact on the European snowboard industry scene.

Big thanks to Jeremy for coming onto the show. One of my favourite conversations this one, and I hope everyone enjoys it as much as I did.

Listen to this section - Jeremy on how the industry has been telling the wrong story about snowboarding. 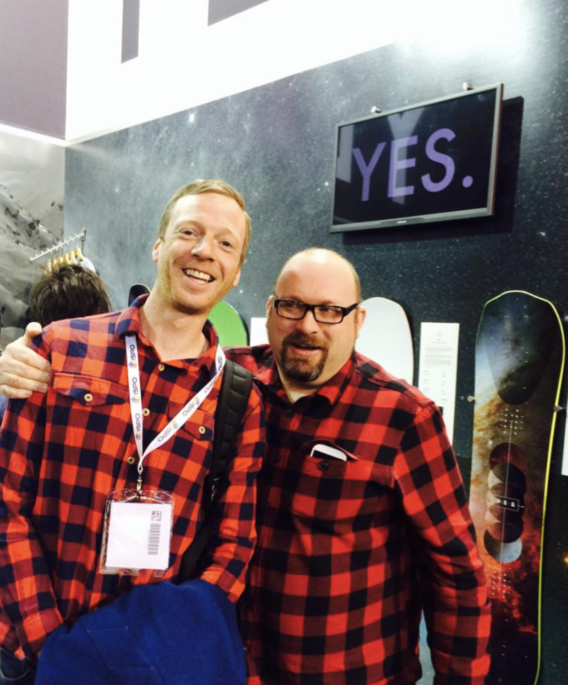