“If you’ve got a glint in your eye and the wood and wheels, then you’re in”.

I marked the tenth episode of the Looking Sideways podcast by welcoming legendary UK skateboarder Peter Hellicar to the show. Pete is a skater, company owner, designer, artist, musician, thinker and all round creative powerhouse who first came to prominence in the early 90s UK skate scene. Since then, he has gone on to have a long and varied career. He helped set up OG British skate company Unabomber, headed to the States to work as Art Director of Sole Tech, before returning home where he works today as an established and highly admired artist.

I went to see Pete in Lewes, where we had a hugely enjoyable conversation about art, music, life, creativity, the joy and openness of skateboarding, and much more besides.

Highlights of our conversation include:

It was a brilliant, wide-ranging chat with a great conversationist and somebody who has lived a fascinating, omnivorous life and career. Thanks for doing the show Pete, and huge thanks to Kevin Banks, Wig Worland and Donovan Pennant for the pics.

Listen to this section - Pete on the origins of Unabomber. 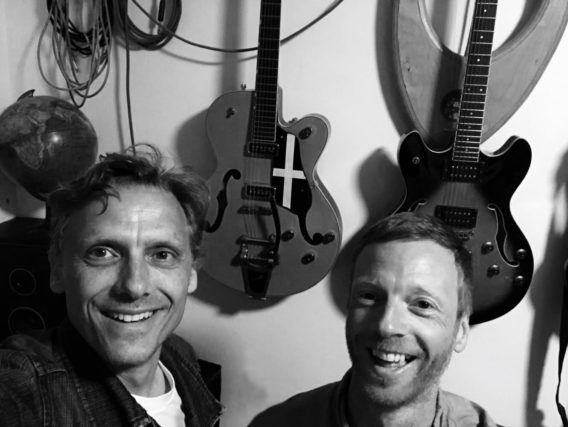