“The skating dictates what I make”.

“Nothing”, Calvin Coolidge tells us, “can take the place of persistence and determination”. Throw in an inquisitive mind, wide creative horizons and a supremely affable nature, and you have a pretty unbeatable recipe for success.

It is something Colin Kennedy seemed to instinctively know from an early age, and helps to explain how, over two decades, he has carved out one of the most highly-regarded careers in skate media.

Colin is without question one of skateboarding’s most influential filmers, celebrated for the uniqueness of his artistic vision and the sheer longevity of a career that has spanned two decades and taken in stints at DVS, 411 and the Berrics.

Today, he is a freelancer legendary for bringing a unique eye to his projects. He is responsible for some of the most dazzling skate shorts of the last decade, films like Quik and One Stop, which combine a singular creative vision with some absolutely incredible skateboarding to create a beautiful aesthetic commonly likened to cinema vérité.

Colin on the other side of the camera with a heel flip fakie. Photo: Anthony Acosta

But, as our hugely enjoyable conversation reveals, there’s much more to Colin’s story than this. Instead, this is a tale is about the power of hard work, the importance of listening to your hunches, and the creative rewards that come when you stick faithfully to your own artistic vision.

Put like that, it sounds simple. But it takes creative courage to back yourself to such a degree, another thing that Colin has had since day one. For anybody struggling to follow through on their own projects, or wondering how to take the next step on their own personal journey, Colin’s work and career path are a welcome inspiration. Listen to the episode below: 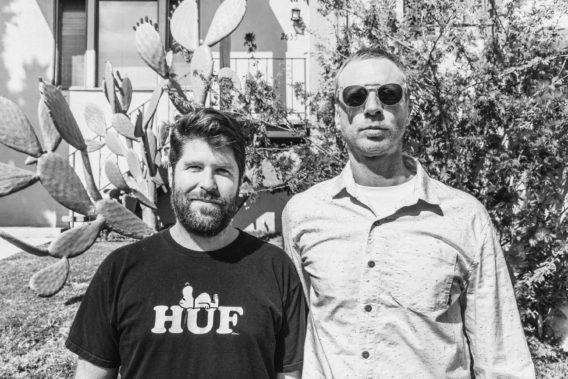