“The movement represents this part of city life that everybody knows is diminishing. The context of our times makes it more important, and I think people recognised that”.

What kind of city do we want to live in? It’s a fundamental question, particularly today, when urban spaces are becoming ever more homogenised and commodified. And it’s why the Long Live Southbank campaign, created to protect one of London’s most culturally important skate spots, struck such a chord.

Skateboarders have been using the Undercroft on London’s Southbank since the mid 1970s. In that time, it has become one of THE flagship spots in the world. As the years have passed, it has also become an increasingly lonely flag-waver for the type of none-corporate culture that is becoming ever rarer in London and around the world.

So when in 2013 the Southbank Centre, who own the space, put forward a planning application to redevelop the site and shift the skaters to a purpose-built spot under nearby Hungerford Bridge, local skaters mobilised. The result was Long Live Southbank, a hugely sophisticated and impressive grassroots campaign that succeeded in saving the Undercroft, and opening the wider world’s eyes to cultural importance of this legendary space.

In March 2018, I headed up to the Undercroft to meet Stu McClure of Long Live Southbank and find out exactly how they did it. The result is my first Looking Sideways conversation about a spot rather than an individual, and about the cultural importance of spots in our community and scene. The way we look at terrain, whether natural or urban, is one of the key things that sets the sideways culture apart from the mainstream. In the case of Southbank, and the battle that has been fought over it’s future, this is one such occasion when that key difference, that cultural marker, has become a flashpoint, a battleground and a line in the sand.

A brilliant tale this one, one with many themes with relevance that go way beyond skateboarding, as important to this story as that it. Its about Southbank the spot, of course, but it’s also about positive activism, the importance of cooperation over conflict, and who gets to write the cultural history of a city.

Hats off to Long Live Southbank for the positive, forward-thinking campaign, and for coming on the show. Hope everyone enjoys it! 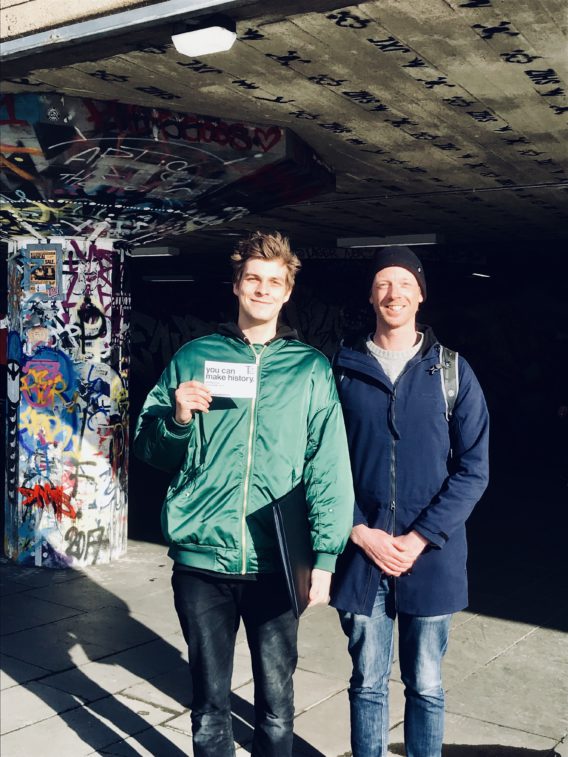