I welcomed the great Nick Jensen onto the show for episode 094.

Nick is a skateboarder and artist from London who has been a pivotal part of the UK scene for at least 15 years now. He occupies a really particular place in the UK skateboarding firmament – as a street skater of global renown and influence, and also as somebody with a unique approach to creativity and skateboarding.

I’ve been intrigued by Nick’s take on skateboarding for a few years, particularly his video parts or the work his does through Isle Skateboards. There’s always a considered aesthetic at play, and I was interested in how Nick transfers this vision between the different disciplines he’s dedicated his life to.

So I headed over to his studio in Homerton, to sit down and discuss the whole thing. As regular listeners to the show will know, I’m pretty interested in that whole area of creativity works, where ideas come from, and how you can still that voice of self doubt in your head to give yourself permission to do the work you’re trying to do.

So that’s what we chatted out. The result is a super involved conversation about the mechanics of creativity, and the challenges involved in trying to live a creatively fulfilling life. Really enjoyed meeting Nick and getting such an insight into his life, hope you enjoy this one. 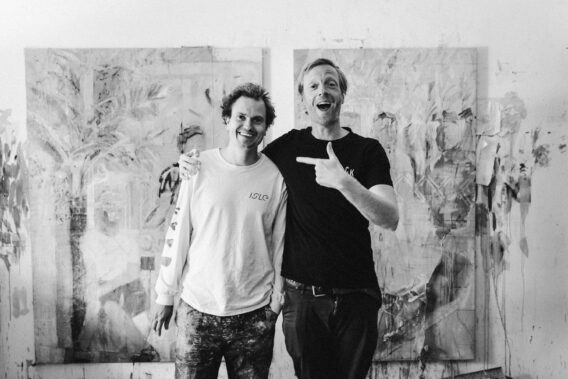