“At a certain point, the creativity became so important I had to choose to give it my full energy”.

I’m back after a short new year hiatus, and am starting 2019 in style by finally snagging one of my most requested guests: the great Mickey Smith.

Mickey is an influential photographer, film-maker and all round creative force of nature who is equally acclaimed for his work as a musician, whether as part of Ben Howard’s band, or through his own A Blaze of Feather project.

A Cornish waterman who spent his formative years chasing heavy waves around the world, Mickey first came to wider prominence with the release of Dark Side of the Lens, which documented his life as part of the tight knit scene that spent the best part of a decade pioneering the slabs and reefs of the west coast of Ireland; and which has a claim to be the most influential surf film of the last decade.

The success of that film gave Mickey a huge platform and some great opportunities, but Mick being Mick he continued to follow his own path and, as he puts it so eloquently in our conversation, the creative threads that he’s followed since he was a kid and that continue to motivate him and catalyse his life of relentless creative exploration.

At the same time, his background as a musician saw him hook up with Ben Howard as Ben’s own career began to explode, and the subsequent years have seen the boys chase their collective muse on one endless, creatively honest and brave trip around the world.

Some big themes in this one, from a true artist at the height of his powers.  For Mickey, life is about ‘following the threads of imagination and instinct’ and how doing so can lead to moments of true wonder. This is an episode dotted with beautiful images and inspiring ideas. Massive thanks as ever to my friend and collaborator Owen Tozer for the images that accompany this one. 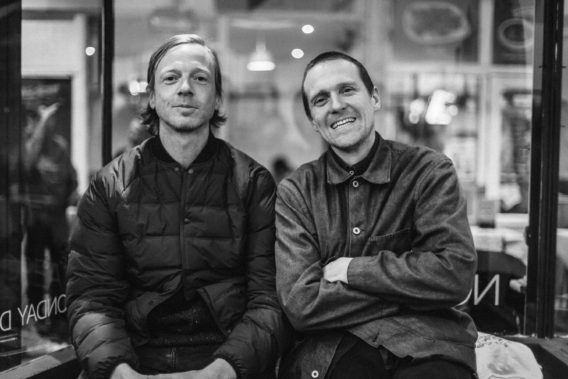