“That was always a big thing for me. Going on adventures, discovering the world. Stumbling into unexpected cool situations. Or not so cool. Which will eventually be cool”.

How do you recognise when to jump at those key opportunities life throws at you? How do you handle those defining turning points that can set the tone for the rest of your life – if you can’t see them coming? Today’s conversation with Patrick ‘Brusti’ ‘Armbruster is full of moments like these.

You may not know the name, but over the last twenty years has had one of the most quietly influential careers in European snowboarding, whether as a photographer at the cutting edge of the scene, or through his role as one of the people behind Absinthe Films. It’s a career arc that means he’s had a ringside seat at most of the key developments in European snowboarding throughout that time, and has also helped shape the stories that have defined the last two decade of snowboarding history. Rice, de Marchi, Muller; Brusti has worked with them all and has the stories and scars to prove it. He’s been one of European snowboarding’s key tastemakers for two decades now, with an unerring eye for talent and the platform to help that talent perform to their fullest potential.

As you’ll hear, Brusti is also a serial entrepreneur who has thrown himself into a hugely diverse number of projects in an effort to chase the lifestyle that captivated him as a young skate rat back in the day. Today, he is enjoying life in Zurich as a husband and father, running his Idealcomm agency, Ka Bru in Brazil and still occasionally getting behind the camera.

We caught up in Zurich in April 2018 for a hugely enjoyable conversation that took in his entire hugely varied career. Big thanks to Brusti for coming on the show and sharing his story.

Listen to this section - Brusti on the first time he saw Nicolas Muller ride. 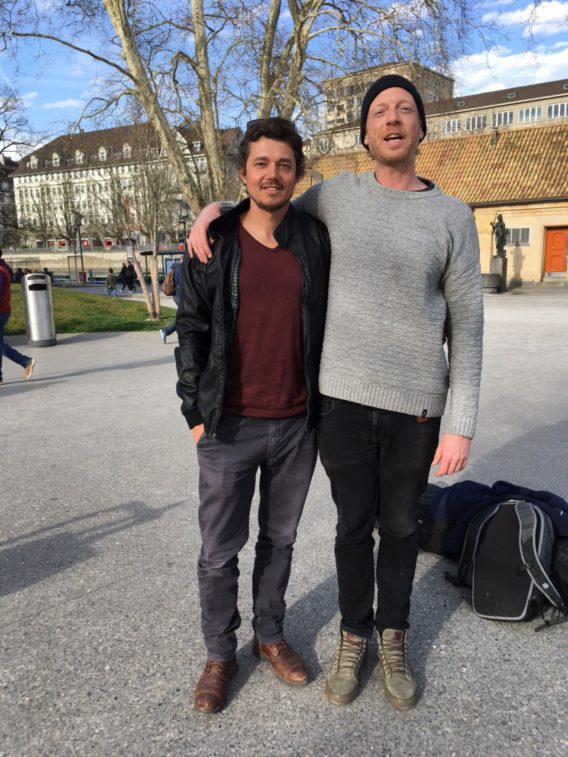