“I’ve always been confident of who I am and what I stand for, and nobody was going to change my mind.”

It’s second time lucky this week on the Looking Sideways podcast as I finally managed to bag my interview with UK and European snowboard legend James Stentiford.

‘The Silverback’ has been an unmistakable presence in UK and European snowboarding for over two decades, venerated for his outstanding riding career, his approach to snowboarding and life, and the influence he’s had on countless snowboarders.

I’ve been friends with James for most of that time, and so in January 2017 I headed to Chamonix to spend three days following him around the backcountry during a blizzard, and sat him down to discuss his life and career.

As you’ll discover, James is still the same old single-minded and driven character he’s always been, somebody with a highly-honed sense of self and an almost pathological desire to follow a lifestyle that will allow him the freedom he wants to pursue his lifelong sideways passion and spend time with his family.

Today, with his professional career is over, James runs Stentiford Snowboarding, guiding snowboarders to their best-ever experiences in destinations around the world, and finding another way to pursue the passion that has defined his life.

Big thanks to James for having the patience to come on the show for a second time, and for an amazing week around Chamonix on the Stentiford Snowboarding splitboarding course. And special thanks to Claire Burnet at Chamonix Tourism for the help with my trip.

Listen to this section - James on nature versus nurture 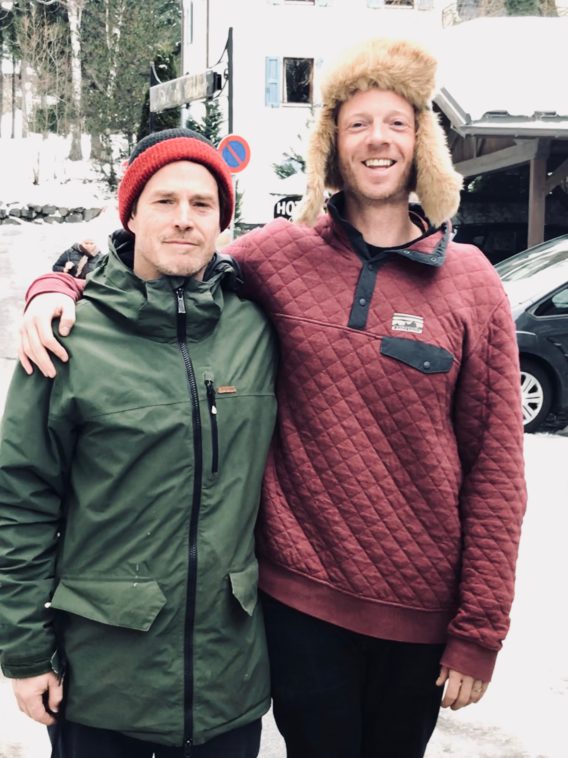