“Its always about more than just the running. You’re either running away from something, or running towards something. There’s always something more”.

For episode 036, I headed up to London to meet the inspirational Charlie Dark.

If you don’t know Charlie, then let’s get the intros out of the way now. He’s a runner, musician, DJ, thinker, leader, teacher, speaker and poet. He is a member of seminal Mo’ Wax band Attica Blues and founder of Run Dem Crew, the running community that has been the inspiration for and catalyst of the entire urban running movement that has taken off globally over the last decade.

And if you do know Charlie? Then you’ll probably know the bare bones of the story. You’ve probably also read the same or similar interviews with Charlie countless times over – how he started RDC, the Nike years, his towering influence on the scene, and so on.

So understandably I was pretty keen not to go over the same old ground with Charlie during our time together. And I’m happy to say that what we’ve got here is a different Charlie Dark chat from the norm. One in which we cover plenty of old ground, sure, but also find out where Charlie is now, and what his plans are for the future.

And, as you might expect from this legendary wisdom-dropper, there are plenty of though-provokers to get your head around.

Among the subjects covered:

I really enjoyed this conversation, with a complex, fascinating and spiritual character. Big thanks to Charlie for coming on the podcast, opening up and getting right into it. Hope you all enjoy it.

Listen to this section - Charlie on the importance of navigating new worlds - and bringing back the map to share with your community. 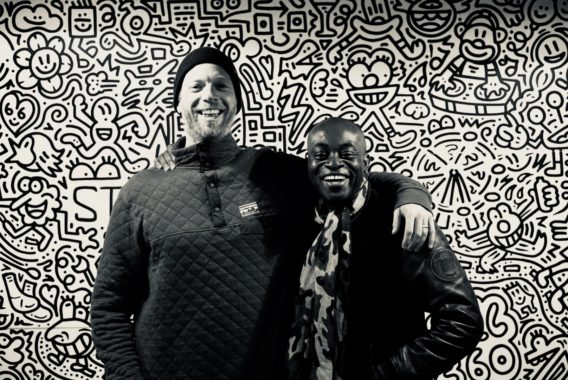