“We fight the reality that we’re in, but we have to realise at some point that we’re fighting in the wrong way.”

I’ve used the word legend a lot during this show but to mark episode 30 and the final instalment of my Aussie omnibus I hosted a proper guest of honour  – Thomas Victor Carroll.

Tom is truly one of surfing’s era-defining figures, a two-times world champion who by his personality and surfing took the sport by the scruff of the neck and dragged it into the future. How? By dominating and redefining the way waves like Pipeline and Sunset were surfed, for one, and by general redefining what it meant to be a high performance professional surfer in the 80s and 90s.

He also spent much of his career fighting pain and asking himself the same question: how can I surf to the maximum of my ability despite the physical injuries and pain I’m suffering from?

Now in his mid 50s, Tom is quietly pioneering on another front, by managing the injuries sustained over such an incredible career so that he continue to surf at the highest possible level into his 60s and beyond.

Such a brilliant, insightful conversation this, particularly for anybody who wants to maximise their ability to pursue the sports they love as long as they can. My highlights:

So yep. a fitting episode to mark a new year of the podcast, and I want to say a huge thanks to Tom for taking the time to meet me during my trip to Sydney, and for sharing his wisdom accumulated from a lifetime of pushing the limits of and thinking about his own relationship with the sport he loves.

Listen to this section - Tom on how injuries gave him a new perspective on surfing. 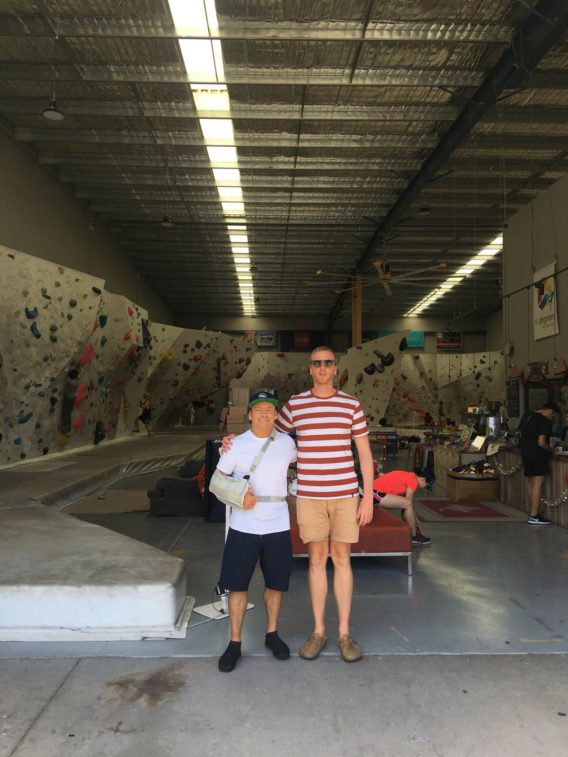 100b: Nicolas Muller / Life, snowboarding and everything