He’ll hate me for saying it. But Dr. Tony Butt, this week’s guest, is one of UK surfing’s bone fide big wave legends. As Nathan Carter put it in a recent interview for Wavelength Magazine, Tony is ‘probably the British big wave surfer with the most giant paddle waves under his belt’.

Indeed, if anything, Tony is better known for this side of his repertoire rather than his actual surfing thanks to his pioneering academic work, and thought-provoking journalism in titles such as The Surfer’s Path and Magic Seaweed.

He is, in short, a total legend – if an extremely self-effacing and unassuming one. Perhaps that’s why it has taken us around three years to arrange this conversation. But it’s worth the wait. This one ranges all over the place, from how our perception of mortality shapes our life path; to the difference between intrinsic and extrinsic motivation, and how it affects our surfing. Of course, we also delved into Tony’s vast experience of big wave surfing, too.

The result is a hefty, thought-provoking chat with one of the true unsung heroes of European surfing, shot through with the wisdom accrued from a life of exploration around surfing’s wilder frontiers. 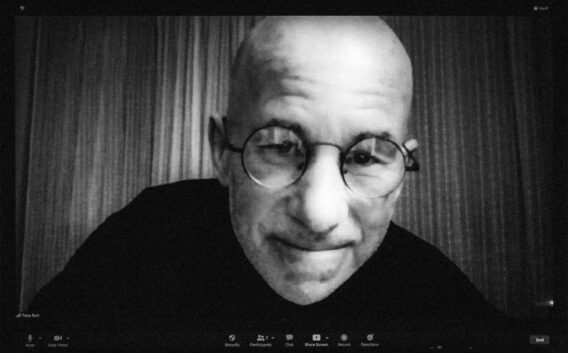