167: Dani Kiwi Meier/Life Is What Happens

Is experience a prerequisite for knowledge? How can you use the lessons of life to strive for equanimity? Is life about taking or giving back?

These are the questions we all grapple with at some point during our lives, however unwittingly. And, as I realised at the end of our conversation, they are the questions that formed the key themes of my fascinating and thought-provoking conversation with snowboarding legend Dani ‘Kiwi’ Meier.

Let’s get the snowboarding part out of the way first. As you might have guessed from that nickname, Dani is from New Zealand, but it was as part of the nascent late 80s/early 90s European snowboarding scene that he made his name. On the snow, his surf-influenced, rootsy take on snowboarding saw him carve out a gloriously idiosyncratic career, riding for brands like Rad Air and Northwave, and helping to create the European pro scene as we still recognise it today.

Off the snow, his work ethic, ability to see the bigger picture, and incessant curiosity marked him out as a genuine innovator. Take The Crystal Awards, snowboarding’s original culture-driven contest comp that soon became one of the most copied formats ever. Or his work with his agency Mana Media, which saw him work with the biggest brands on the planet and succeed in taking his culturally sympathetic story-telling approach to the biggest canvasses of all.

Now, in mid-life, Dani is taking stock of his life and career, and I’m so fortunate he was gracious enough to share his insights for this episode. It’s the type of conversation that caused me to view my own life differently. I hope you enjoy it as much as I did. 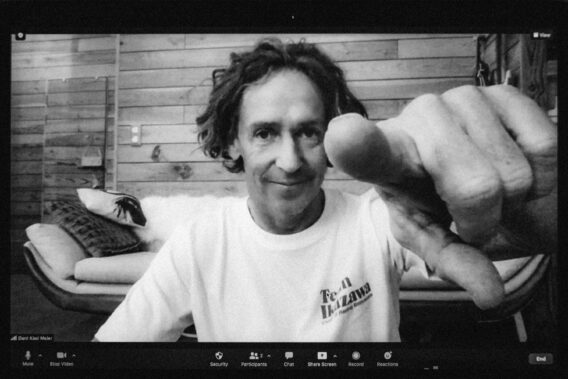