Mike in the type of situation that had defined his life. Photo: Mike

“All I’ll have when I leave this planet are experiences”.

What attributes spring to mind when you think of the average action sports athletes? Style? Skill? Bravery? Youth?

Whatever comes first, longevity is unlikely to figure too highly. After all, the majority of professional action sports careers burn short and sharp, averaging a decade at best before real life intervenes.

Sure, there are a handful of special talents that have graduated to the legend programme, notably in surfing and skateboarding. But they are the exception rather than the rule.

Quite a perspective on quite a line. Photo: Mike

This context is why Mike Basich‘s achievement is so unparalleled. Here is a professional snowboarder who has sustained a career for 30 years. Even more impressively, he’s done so by managing to remain relevant in the face of the relentless progression that is the hallmark of all action sports culture.

That alone would make him a member of an exclusive crew. But what makes Mike’s story even more special is the fact that he has done it all completely on his own terms, and by following his own idiosyncratic path.

Not surprisingly, this experience has given Mike a unique outlook on life, and in today’s episode we explore the entire tale. Central to Mike’s story is the legendary Area 241, the private resort compound he’s created for himself somewhere near Lake Tahoe.

Its a two decade project that is central to the entire Basich story and ethos, and in this chat we explored what it means to Mike, and just how integral to his life it really is.

Sure, this the story of a snowboarding career. But as is always the case with Mike, it is so much more: about how to live your life on your own terms, and how to play the long game while staying true to your principles. It’s an extraordinary story from one of snowboarding’s most extraordinary individuals.Listen to the episode below: 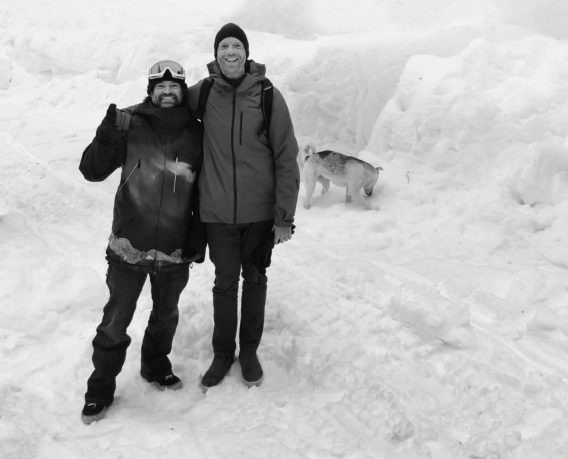