050: Ed Leigh Part 2/The State Of The Snowboarding Nation

“When I look back I can see that a lot of my early exploits were reckless. And now it’s the opposite. Everything is measured. But when the stars align you can step out of your comfort zone and enjoy that moment. Because through experience you’ve earned it.”

Well, I had to didn’t I? To mark a whopping 50 episodes of the Looking Sideways podcast, I invited back the very first and still one of the most popular guests I’ve had on the podcast: snowboarder and presenter Ed Leigh.

If you listened to that first episode you’ll know all about Ed and his incredible two decade career in action sports, whether as an athlete or as the UK’s most high profile snowboarding broadcaster. He presents Ski Sunday, fronts the BBC’s Olympic coverage, and is in demand as a commentator, pundit and journalist.

They’re calling the 17/18 winter the best in twenty years. Ed, right in the thick of it.
Yet throughout it all Ed has been inspired by one thing – his unquenchable stoke for the sideways life, which as such makes him the perfect guest for episode 050.

I’ve known Ed since the mid-90s and count him as one of my oldest and dearest friends, so its always great for us to catch up, swap gossip and find out where we are in our lives. That’s definitely the case in this one, which sees us go deep into the Olympics and the current state of snowboarding, pick up our ongoing argument about Shaun White, find out where Ed’s at in his career and discuss how our love for skating, surfing and snowboarding just keeps increasing as we get older.

Ed is a born storyteller and bon viveur, and I caught him on particularly relaxed form on this occasion, so I hope you enjoy this special episode to mark 50 episodes of the Looking Sideways podcast. Huge thanks to everybody for supporting the show up to now – here’s to 50 more! 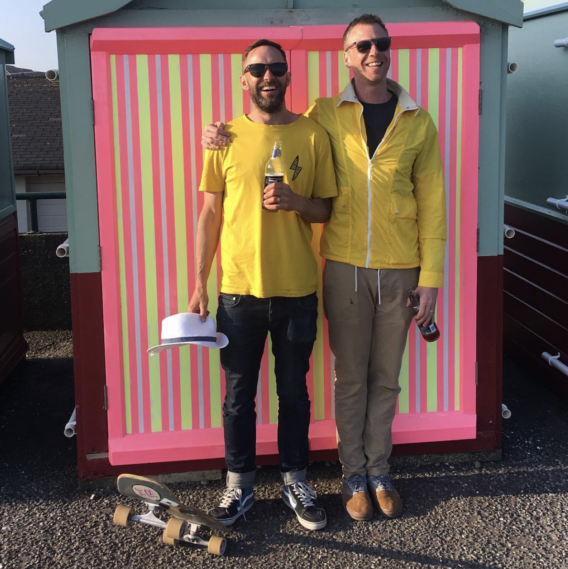