Paddy on his way to four seconds of airtime. Photo: Pally Learmond

“For me it was just another jump really. It’s a big jump – but we’ve hit big jumps before”.

What’s the reality of life for a top action sports athlete? Sure, there’s all the good stuff you might imagine – acclaim, adulation, world travel, free stuff, more good snow than the average person will ever experience in a lifetime. But what about the rest of the time? What about the injuries? The constant hustling to make projects happen? What does it take to make a career in this most unforgiving of industries?

It’s a world that celebrated freeskier Paddy Graham knows inside out. Paddy’s come a long way since he first tried skier at his local dry slope in Sheffield in the north of England. Today he is one of the part of the renowned Legs of Steel production team and is generally considered to be one of one of Europe’s best-loved and most creative and progressive skiers.

In April 2018 I caught up with Paddy at the British Ski and Snowboard Championships and sat down to discuss his career at the top of skiing, and find out how he got there. As such this is a fantastic insight into the reality of life as a top action sports pro, all narrated with absolute casualness from one of the coolest cats in the game. As you’ll hear, Paddy is the very model of a modern action sports pro. A sick skier, yep, but also a hustler, a producer, a networker, a creative, an organiser, and above all, an entrepreneur.

As Paddy explains the twists and turns of his incredible career, it is an object lesson in how many hats you need to wear if you want to succeed in his particular game. How ambitious you need to be, yes, but above all how hard you need to work.

Don’t be fooled by Paddy’s hype laid-back demeanour. Beneath his extreme likability and affability, this is one shrewd operator. And that’s the great lesson of this episode. Sure, you can have talent, but unless you’re prepared to be adaptable and work, you won’t succeed.

Big thanks for Paddy for coming on the show. Really enjoyed this one; hope everyone else does too.

Listen to this section - Paddy on how it feels to fall from five stories up. 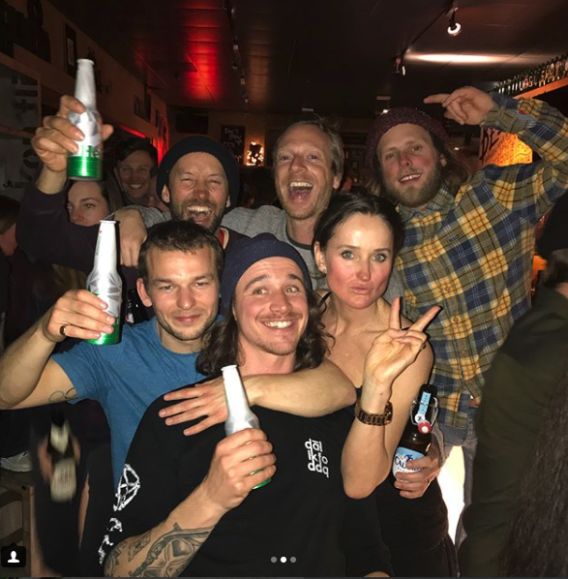