“Every time there was an open door I put my foot in.”

Longest show ever! Yep, settle in for over two hours of chat between myself and the great Dave Mailman, my guest for episode 061. It’s a roving, freewheeling conversation with one of the great unsung movers and shakers of the surf and snowboarding industry, which splits neatly into two segments.

In the first part, we cover Dave’s incredible three-decade long career during which he’s held every conceivable job in the industry – marketing guru, broadcaster, team manager, journalist, editor, distributor, webcaster – and on it goes. For listeners wondering how to get into the industry (and there are quite a few listening to the show), this one is object lesson in kicking down every door in your path until you get where you want to be.

Then, in the second part, we discuss the biggest struggle of Dave’s life: his 2013 leukaemia diagnosis. This is unflinchingly honest stuff and probably one of the most important chats I’ve ever had on this show, as we discuss how he coped physically and mentally, the support he had from friends, family and industry; and the new perspective he has on life as a cancer survivor.

As you’ll hear, Dave has a huge heart, enough stories for ten episodes of this podcast, and a huge appetite for life that verily leaps from the headphones. I’m so glad he came onto the show to share his story, and I hope you enjoy this epic conversation as much as we both did. Salud Dave!

Listen to this section - Dave on seizing every opportunity 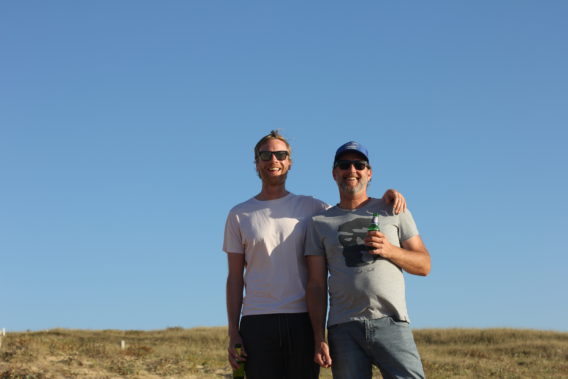