That’s exactly what happened when I met up with the host of the self-styled ‘World’s Greatest Action Sports Podcast’, Chris Cote.

Chris is a surfer, skater, podcaster, presenter, editor, broadcaster, musician – a veritable action sports renaissance man, if you will. He’s also extremely good company, as I discovered when I went to meet him at Cote Media Group HQ in Encinitas.

On this side of the pond, Chris best known for presenting the Monday M.A.S.S. with fellow Looking Sideways podcast alumnus Todd Richards, which to my mind is the best of the weekly action sports round up shows. Sure, they’re proper sideways geeks – but I also really like the way they openly acknowledge how ridiculous the whole business really is.

Away from the podcast mic, Chris has carved out an action-packed career at the heart of action sports, whether presenting at the Vans Park Series or commentating on the WSL.

Sure, its good to chat about life’s weighty themes, as I have done plenty of times on recent episodes of the show. But it’s equally fun to sit back, relax and talk about podcasting, action sports and life in general, as we did during this riff-filled, freewheeling conversation which came along at just the right time during our California road trip. Big thanks to Chris for being such a generous and entertaining guest – listen to our conversation below: 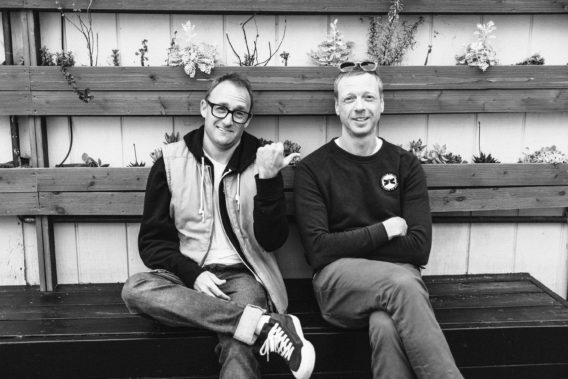