“I’m finally accepting that I’m getting older and I don’t need to push things really hard any more.”

It’s episode 006 of the Looking Sideways podcast, where I was a lucky enough to pay a visit to legendary freerider Xavier de le Rue at his Verbier home.

Where to start with Xavier? Universally considered one of our greatest freeriders, he began his career racing boardercross, picking up four world titles. Then he switched his attention to freeriding, winning three Freeride World Tour titles. He followed this by embarking upon some of the greatest and most ambitious snowboarding expeditions ever, hitting up Antarctica and Svalbard, among others. And along the way, he found the time to create era-defining film parts, produce countless films and win endless plaudits from the snowboarding and adventure media.

The thing about Xavier though, as you’ll hear while listening to our conversation, is that there’s much more to him than one of the most storied CVs in the history of snowboarding. Here is a very intelligent, very focussed and insightful individual, who has constantly been driven by evolution and the need to progress, whether that’s through his various projects or his entrepreneurial involvement with at least five different companies.

Now, as he explained during our conversation, Xavier’s next evolution is about where he takes his snowboarding as he hits 40.

It’s an insightful, open, revealing chat from one of modern snowboarding’s true greats who got right into the spirit of the Looking Sideways podcast. Hope you enjoy it as much as I did.

Listen to this section - Xavier on accepting that he isn’t prepared to push it at the same level he always has. 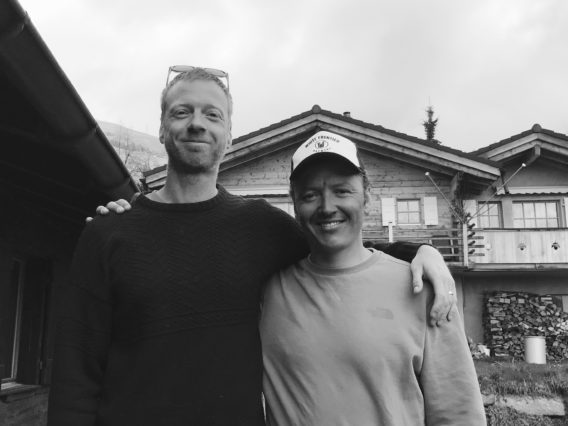