“As soon as I finished the crux I was like ‘I am crushing this route!’”

Before June 2017, Alex Honnold, my guest for episode 015, was already renowned as one of the world’s greatest climbers thanks to achievements such as the Fitzroy Traverse, his free solo ascents of Moonlight Buttress in Zion National Park and on Half Dome, or his solo ascent of Yosemite’s Triple Crown.

Then he ‘sent the project’ he’d been working on for years – a free solo ascent (where the climber ascends without ropes or protection) of the 3000-plus feet Freerider on El Capitan in California’s Yosemite Valley.

It was immediately hailed as one of the greatest climbing accomplishments in history, both among his incredulous peers and the wider public at large. And it immediately catapulted Alex into a new stratosphere of fame and notoriety.

So when I was invited along to interview Alex during a flying visit to London, a scant two months after this historic achievement, I headed on up to town to get a first-hand account from the man himself.

It was a real privilege to hear a man at the top of his game talk me through his greatest achievement. Thanks Alex. Great to talk to you, and thanks for taking the time to come on the show. 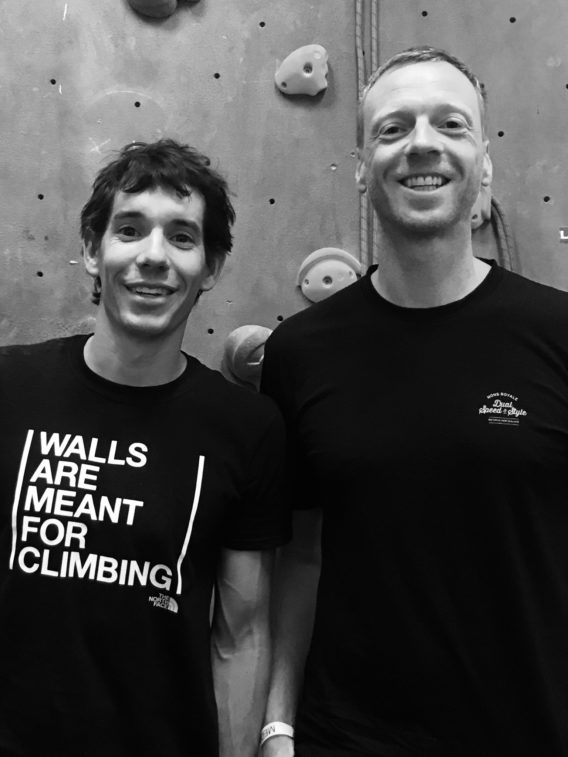