“Our sports give us magical sensations and feelings. And you don’t need to be a man to experience them”.

Episode 035! For this one, recorded in Munich in January 2018, I welcomed Swiss snowboarder and Freeride World Tour Champion Anne-Flore Marxer onto the show.

For over a decade, AFM has been one of the most visible presences in European snowboarding, thanks to a stellar life as a professional rider, and a refreshing tendency to speak truth to power within the industry itself. Notable entries on the AFM resume include prestigious 2006 Rookie of the Year award from Transworld, sections with Standard Films and of course that 2011 Freeride World Tour title.

On the snow, she’s a forthright and passionate advocate for equal prize money for male and female snowboarders, and gender equality in action sports. Elsewhere, she has championed causes such as Riders For Refugees, among others. Today, after over a decade as a professional rider, she’s determined to use her platform to speak passionately and convincingly about the issues that concern her, and try and be a change for good.

Really brilliant listen this, with a rider who has been fighting the good fight since she started snowboarding. Listen out for AFM on:

All-in-all, a timely, entertaining and passionate conversation that covers topical themes we are becoming all too familiar with on the Looking Sideways podcast. Thanks for coming on the show AFM! 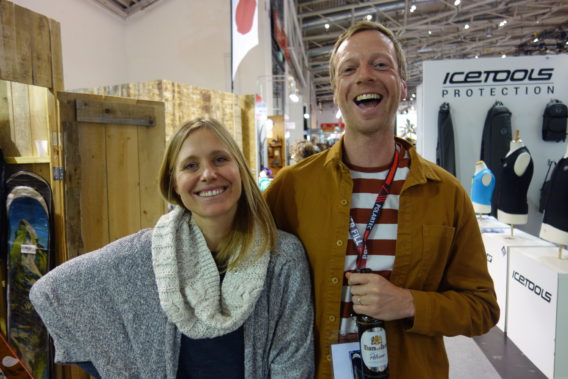 068: Nicholas Wolken / It Is Solved By Turning

047: Spencer O’Brien / A Snowboarder At The Olympics