I’m really proud to have snowboarder Nicola Thost on the show for episode 072. As snowboarding’s first female half pipe gold medalist, Nicola stands as one of the key figures in freestyle snowboarding history. More importantly, she is hands down the most influential female rider of her generation, somebody who grabbed competitive snowboarding by the scruff of the neck and dragged it kicking and screaming into the future. In doing so, she changed our perceptions of what is possible and, during a competitive purple patch unrivalled until Kelly Clark came along, pushed the progression of snowboarding at a vital time.

It is a legacy that meant Nicola was one of the first names on the list when I wrote down my initial wishlist of guests back in 2017. I had another motive, too. Snowboarding has always been notoriously bad at looking after its legends, and in some small way I wanted to help ensure that Nicola was given due credit for what she bequeathed to the sport.

The result is a conversation that pays due homage to Nicola’s considerable achievements, and also takes on an unexpected poignancy as she explains the personal price she paid along the way. We discuss how, despite her unparalleled achievements, she still felt pressure to prove herself. And how no matter what she did, or how many competitions she won, it was never enough in the eyes of a sport and culture that was at war with itself over the entire Olympic question.

As you might be gathering, there are a lot of themes to unpick in this one, despite its short running order. I feel privileged that Nicola has allowed me to update her story, and I hope I’ve done it justice.

Listen to this section - Nicola on how it felt to be described as being ' good for a girl'. 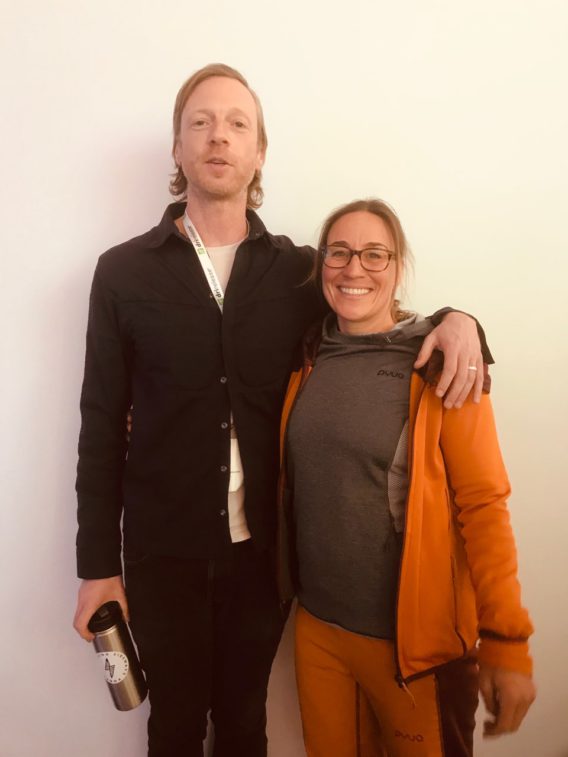