068: Nicholas Wolken/It Is Solved By Turning

“It was a relief, in a way. That it was an OK thing to do, just doing turns. Before I was like ‘I have to do a trick or I’m not a snowboarder’.”

Episode 068 features me in conversation with one of the most quietly influential snowboarders of the last decade: Nicholas Wolken.

Nicholas is one of the people behind Korua Shapes, the innovative European snowboard brand that has done so much in recent years to take the snow surfing movement, initially pioneered in Japan, to a global snowboard audience, helping to shift the focus of the entire industry in the process.

They have done so by promoting a beautifully inclusive snowboarding aesthetic which prizes the simple joy of the turn above all else, making the entire thing as accessible as possible through a range of outrageously fun boards and their addictive series of Yearning for Turning promo films.

Myself and Nicholas got together in January 2019, spending a brilliant day splitboarding off the back of Kuhtai, before heading back down to Innsbruck to record this conversation.

Of course, we covered the story of Korua, exploring how Nicholas and friends created such a massively influential brand, an unlikely phenomenon he puts down to ‘the right idea at the right time’.

But I also learned how the entire Korua story is a personal one for Nicholas, representing a vision of snowboarding’s possibilities arrived at only after many years of experience and thoughtful consideration

Above all, the Korua Shapes tale is about how a group of thoughtful, creative visionaries overcame their budgetary restrictions to craft a new relatable image of snowboarding, helping to set the industry agenda in the process. 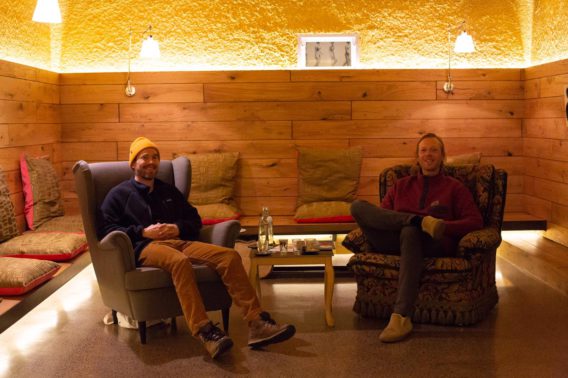