Every so often this podcast throws up some proper pinch-yourself moments, and this conversation with graphic design titan David Carson is one such occasion.

Carson is, without question, the most notorious graphic designer of the last thirty years. His reach is total and his influence completely ubiquitous, as anybody who has worked in the media during that time will tell you.

He also has a strong link to the action sports world, whether through his work designing titles such as Transworld back in the day, or as a hardcore surfer who avidly reads Beach Grit each day and counts Mikey Dora as a personal hero.

He’s been a dream guest for years, but somebody I always assumed I’d never get the chance to interview. So when friend of the podcast David Benedek asked me to go and meet Carson any Gatwick airport to pick up some prints and record an interview, I leapt at the chance.

The result was a highly enjoyable, meandering chat that took in the highlights of Carson’s career and his views on surf culture, while showcasing his puckish sense of humour and insatiable curiosity.

My thanks to David Benedek for making this one happen, and to Carson himself for being such a great sport on a rainy night in Gatwick. 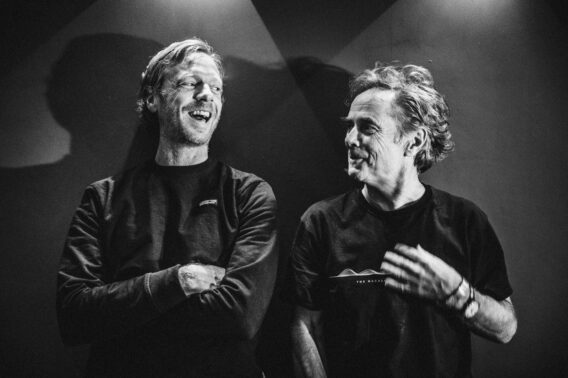