This week’s guest Dylan Graves has managed something that sounds simple but is actually really very difficult when it comes to surf, skate and snow film-making – coming up with a simple idea that manages to convey the stoke of the entire business while also telling a repeatedly compelling story.

If you don’t know Dylan, he is a professional surfer from Puerto Rico and the host of a YouTube show called Weird Waves, which for my money is the best professional surfing vlog out there. Why am I making this bold claim? Because Weird Waves is so far removed from the usual surf culture narrative, with its preoccupations with the same tedious tropes we’ve all had rammed down our throats for the past 70 plus years.

Instead, each episode of Weird Waves focuses lovingly on the margins of surf culture, the scenes that are a million miles away from the Beach Grit beat, but are, in 2021, just as legitimate as La Jolla, Hawaii or Byron Bay. Whether it’s the Brits surfing the Severn Bore on junky old longboards, or frothing mid westerners tackling howling Great Lake windswell, Dylan puts these communities in the spotlight with zero judgement.

There’s another reason that Weird Waves is to be applauded, too, which is the way that Dylan uses the format to challenge himself, whether creatively or by tackling the bigger issues of the day without fear or favour. When somebody with the profile of Dylan uses their platform to challenge themselves, and attempt to make our community more inclusive and accepting, they should be applauded. That’s a big reason why I invited Dylan on the show, and why I enjoyed our thoughtful conversation so much. Hope you do too. Listen to the episode below: 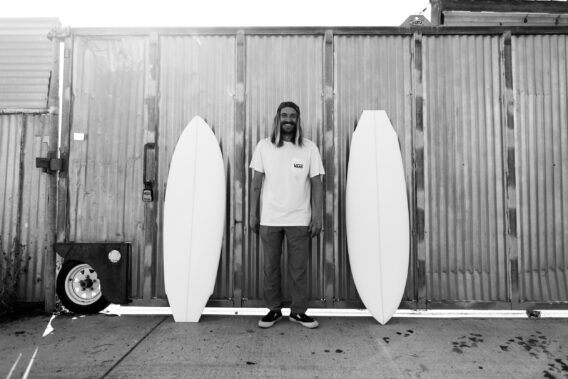