My guest for episode two of the Looking Sideways podcast is British big wave surfer Andrew Cotton, a man who routinely charges the world’s biggest and scariest waves, and who tends to make a lot of headlines in the UK – in particular as ‘the surfing plumber’.

Don’t be fooled by this lazy journalistic shorthand – the fact that he’s a qualified plumber is the least interesting thing about Cotty, who is in reality one of the most respected watermen in the world today, and somebody who has travelled a long way from his first days surfing his local beachie at Saunton in Devon.

In this conversation, recorded at Red Bull Studios in London in early 2017, Cotty and myself got right into it as we discussed his life, his career and his achievements (or lack of achievements if you believe him) to date. Among the nuggets uncovered:

It’s a great conversation with a fascinating, thoughtful lad, so get stuck in to Andrew Cotton on surfing big waves.

Listen to this section - Cotty on watching Garrett get a huge Nazare wave on the head. 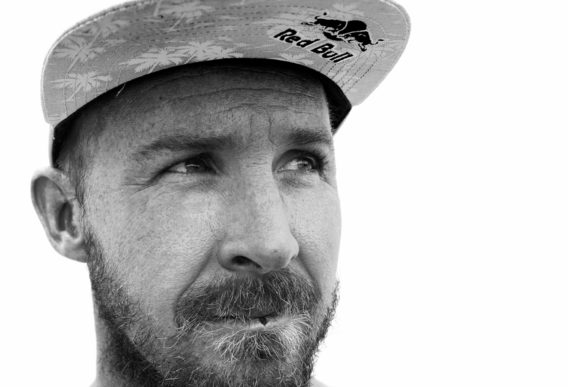