There are many layers to this week’s conversation with surfer, director, film-maker, producer, creative and all-round legend Mikey Corker.

On the one hand, it’s about this latest project Savage Waters, a surf film in the finest classical, questing tradition. It’s about how Mikey and a crew of similarly-driven and passionate people have spent years abroad Matt Knight’s yacht Hecate, on the hunt for a mythical wave, and the adventures and scrapes they got into along the way.

Then, on another level, it’s about the travails of the professional surfing life, as well as a homage to the incredible, inspirational Knight family; a group of total legends who live life completely on their own terms, and who by the end of the film will have you wanting to jack in the job, sell the house and head for the horizon.

But above all, it’s the story of Mikey’s own creative quest, and the reality of embarking upon such a quixotic creative endeavour. As you’ll hear, at the beginning of this project Mikey really had nothing more than the germ of an idea and a lot of drive. It has literally taken years to get to the point where Savage Waters is out in the world and beginning to garner plaudits in the form of festival slots and acclaimed reviews.

And that’s what this one is really about: the reality of all creative projects. Nobody gives you permission. Gates don’t mysteriously swing open in recognition of your devilish cleverness and latent talent. You have to make it happen, whatever bumps in the road you encounter along the way.

This is why I find Mikey’s story, and this brilliant conversation, so inspirational. 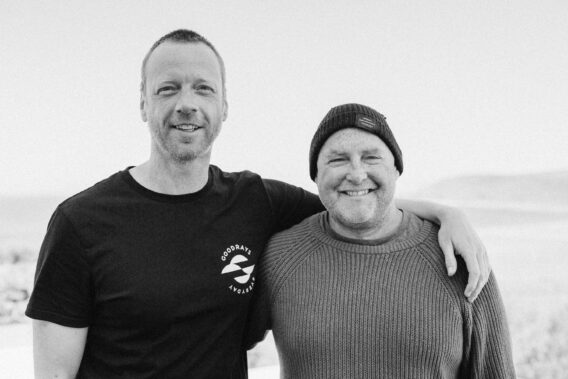