It’s the first half of my episode 100 bonanza! To mark my ascension to triple figures, I wanted to stoke my loyal listeners out AND do something that sums up the spirit of the podcast. So I’m releasing two episodes at the same time and calling them BOTH episode 100.

This, episode 100a, is the first instalment, and is my interview with the great Danny MacAskill. Danny is a professional street trials rider who is one of the great stars of the viral age. In many ways, his career is emblematic of the way that action sports and the wider media landscape have evolved over the last decade.

As everybody knows, Danny came to prominence when he released Inspired Bicycles, a film he made with some mates around Edinburgh which quickly became one of the defining viral films of the last ten years.

It also made him globally famous, with the opportunities afforded by such a platform, and he took full advantage of it with a string of peerless films that upped the ante with each release, showcasing the full range of his creativity and sense of humour.

Naturally, I’ve been keen to get him on the podcast for years, and happily Danny agreed to meet up for an episode 100 chat. So I headed to Edinburgh to meet Danny and get his own take on the last crazy decade.

The result was a relaxed and intimate chat in which we covered the lot. Big thanks to Danny and Till Bohlig for helping make this one a reality. Listen to the episode below: 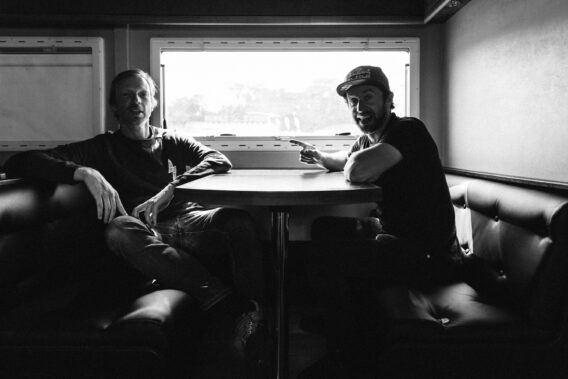