“I like to promote BMX. It’s my favourite thing in the world to do. I want people who don’t know BMX to see it and realise how fun it is”.

First BMX guest! Bas Keep is one of the UK’s most respected and celebrated riders. He’s been at the top of his game for twenty years now, consistently carving out an unusual, thoughtful path for himself.

He’s probably best known for his association with Red Bull and hugely ambitious projects such as Walls. He is also cherished by the core BMX community, who recognise the commitment to the culture of BMX that shines through every varied project he turns his hand to.

It’s a heartfelt grassroots approach epitomised by his two current successes: Tall Order, his BMX brand; and his wildly successful YouTube series, through which he documents his life and the ongoing Tall Order story.

As ever, I was keen to dig a little deeper during my chat with Bas. I wanted to find out where his quietly ferocious work ethic comes from, and understand what drives him to keep reinventing himself and finding new ways to remain relevant.

I also wanted to find out how he’s balancing this whole thing with his new role as a Dad, and what his plans are for the future of Tall Order and his YouTube project in the face of a constantly changing media landscape.

As you’ll hear, Bas is a thoughtful and entertaining conversationalist, happy to accompany me on my usual tangents. The result is a roving, free-wheeling conversation in the finest Looking Sideways tradition. 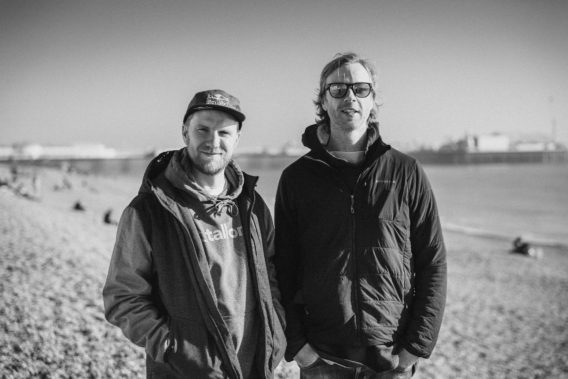