“Its only when you get older that you appreciate so many more things. With age came this appreciation of where the bike takes me,  and that’s where my love for cycling actually began. Rather than just being good at something that happened to be on a bike”.

Imagine reaching the very top of one sporting discipline – and then switching codes and repeating the feat in your new discipline. Then imagine sustaining this over two decades, all while representing your sport with erudition, passion and grace.

That’s basically what UK mountain biker Tracy Moseley achieved during one of the most celebrated careers in mountain bike racing. Her achievements are too long to list in full here, but include three World Enduro titles, one World Downhill title, seven British DH titles, 16 World Cup DH wins, 15 Enduro World Cup wins, the first World Cup win on British soil – and on it goes.

Quite a CV, and one of the reasons why she is spoken of with such reverence by her peers and those in the mountain bike community. Indeed, although she would probably wince at the words, there’s a fair case to be made for Tracy as one of the UK’s greatest ever professional athletes on two wheels.

Today, Tracy is tackling motherhood and the third distinct phase of her riding career. I met up with her in London in May 2018 to look back over at her career  and find out her plans for the future. Tracy is almost as renowned for her warmth as she is for her riding, and so it proved as we cast a reflective eye back over her extraordinary riding life.

One thing became clear as we spoke – her constantly evolving relationship with her bike has always been at the centre of her career, and that continues to be the case today. It was a total privilege to sit down with one of the UK’s most legendary mountain bikers for this episode; hope you enjoy it. Big thanks to Tracy for coming on the show, and to my friend Emma Bebb at Heaven Publicity for her help in pulling this one together.

Listen to this section - Tracy on how her appreciation of what the bike gave her changed as she got older. 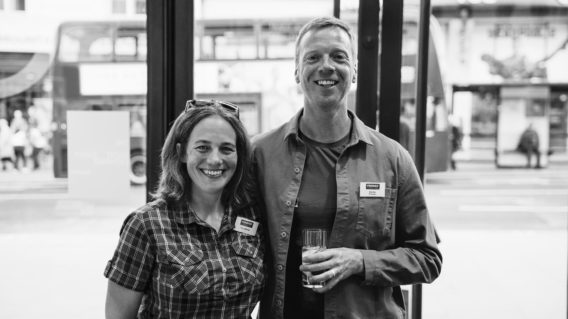