“As a kid you dream of becoming all sorts of weird and wonderful things. I just wanted to be a world champion, and I managed to achieve that.”

I’m back with perhaps my must successful guest ever – Dougie Lampkin, the motorcycle trials legend who dominated his sport to such an extent he has crossed over into the mythical realm where he basically symbolises his own sport in the eyes of the mainstream.

And when you run the numbers, it isn’t difficult to see why. Dougie, who hails from the first family of British motorcycle trials riding, won his first Scottish Six Day Trials and Trial GP events in 1994. He went on to have an era-defining career which saw him win seven consecutive world titles and dominate his sport to such an unparalleled degree that today he is still considered to be the greatest trials rider of all time.

These days he still competes in Scottish Six Day Trial events and continues his association with long-term sponsor Red Bull, for whom he continues to work on stunts such as his mission to wheelie around the Isle of Man TT course, a feat he counts as up there with any of his world titles.

A career of incredible highs, basically – and with those come the attendant lows, including the moment his crown slipped and the winning streak ended, and the recent loss of his beloved father Martin, Dougie’s friend, mentor and partner throughout his career.

This conversation is a brilliant investigation into the mind of an absolute winner, and how somebody who has experienced the greatest highs their sport has to offer copes with the negatives that inevitably follow. Big thanks to Dougie for being such great company and for getting into the spirit of the podcast so wholeheartedly: 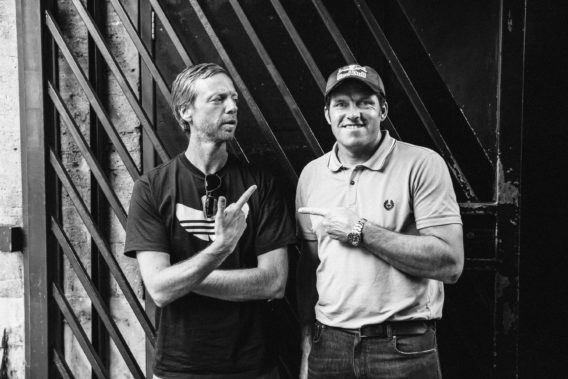