Let’s get the snowboarding out of the way first. Chris is certainly one of the most influential figures in early British snowboarding history. He came up on the legendary early 90s Rossendale dryslope scene and quickly made a name for himself on the embryonic British scene thanks to a beautiful, elegant and much-imitated style; and the warmth and generosity that he’s always been famed for.

Soon after, along with peers like Justin Allison, Steve Bailey, Lesley McKenna and Stu Brass, Chris became one of the first Brit riders to really make a proper living from snowboarding. This was at the point that snowboarding really began to take off, and marketers and brands began to pay attention. Chris and Stu, in particular, really grasped this opportunity, and in doing so set the foundations for the professional British scene that still exists today.

But if you ask me, Chris’s influence goes way beyond that, thanks to his ability to relish the wonder of life while dragging people along with him. I was lucky enough to meet Chris when I was 13, and he immediately opened my eyes to the opportunities that would eventually define my life, showing me that there was much more to the world than the grey Mancunian streets we grew up on.

It was the beginning of a 30 year friendship which is still going strong today, and I’ve spent a large part of the past three decades riding, travelling and working with Chris: firstly as part of the brilliant Whitelines editorial team we were lucky to be part of for a decade; and then latterly through All Conditions Media, the company we set up together in 2005, and which I still run today.

Sometimes, if you’re lucky, individuals come along who change the way you see the world at just the right time, and have a huge, important impact on your life. Chris is one of this people for me, which is why I cherish our friendship, and why I wanted to chat to him for this episode. Hope you enjoy it. 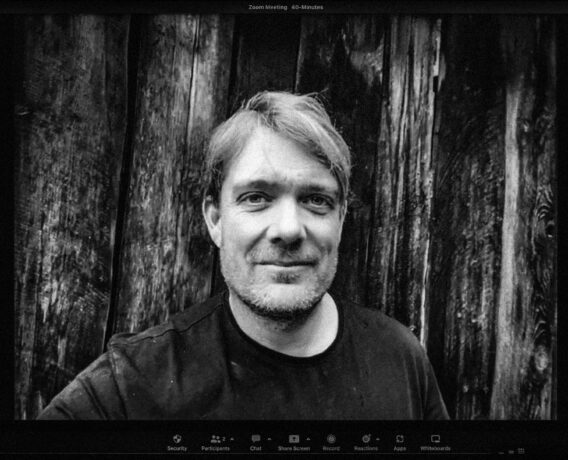