Welcome to the first of two episode 150 instalments. To mark this milestone, I decided to stay true to the ethos of the Looking Sideways podcast and speak to two of my oldest and closest friends; two people who’ve been integral to the Looking Sideways universe since it launched – Ed Leigh and Owen Tozer.

This, episode 150a, is the first instalment with Ed Leigh. Ed, as you may know, is a broadcaster, journalist and presenter best known for helming legendary BBC show Ski Sunday, and for being the voice of snowboarding at the Olympics. He’s also been a stalwart of the European industry for over twenty years now.

Ed is also one of my oldest and closest friends, as well as somebody I’ve had the pleasure of working with over the years. He was my guest for the very first episode of the podcast back in January 2017. I also brought him back for episode 50 a few years ago, and he’s generally been a huge supporter of and advocate for the show since day one. So it seemed fitting to bring him back for a third appearance, which we recorded at the end of February 2021.

On this occasion we had a lot to chat about – the serious knee injury he suffered in January that looks set to keep him out for action for the rest of the year, his experiences presenting the latest series of Ski Sunday during a pandemic, the vociferous online reaction to a recent Ski Sunday piece on diversity presented by our mutual pal Phil Young, his time in NZ quarantine which is where he was when we chatted, his thoughts on Natural Selection and much, much more.

As ever with Ed, this was a supremely relaxed, lengthy chat, full of digressions and tall tales from one of the European industry’s most beloved communicators. I really cherish my friendship with Ed, and I’m so proud of what he’s achieved over the years. This was, as ever, an absolute blast. Enjoy! 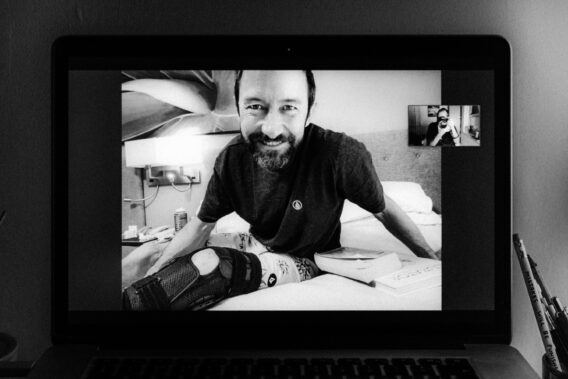 157: Henry Jackson / My Job Is Weirder Than Yours