“I’m showcasing the life I’m living. My blindness is only a backdrop”

Sight loss is one of those primal fears we in common. It’s something everybody has pondered at some point, the type of ‘there but for the grace of God go I’ scenario we tend to shy away from because we don’t really want to know what our potential reaction might reveal about our own character.

It’s why Dan Mancina’s story is so powerful and inspirational. Dan is a skateboarder who is, as he puts it, ‘blind and changing how people see’. He was born with a hereditary degenerative eye disease called Retinitis Pigmentosa which began to affect his vision in his early twenties, and eventually led to total sight loss.

Obviously, this was a huge physical and emotional blow to Dan. This story of what happened next, as Dan learned to overcome his blindness and reclaim his identity as a skateboarder, is rightly celebrated as one of the most joyous and humbling in skateboarding.

So one level, this is a story about how Dan overcame his physical condition, and learned to live with his sight loss. But it’s also a story of personal identity, and the strength it takes to not let yourself be defined by the physical changes that come from diagnosis of illness and disease.

In this way, it takes its place alongside my recent episode with Tim Baker, which covered similar ground with equally emotional honesty.

I’m really grateful to Dan for trusting me with this one, and for being so honest about how his life as a blind skater. Hope you find the episode as inspirational as I did. 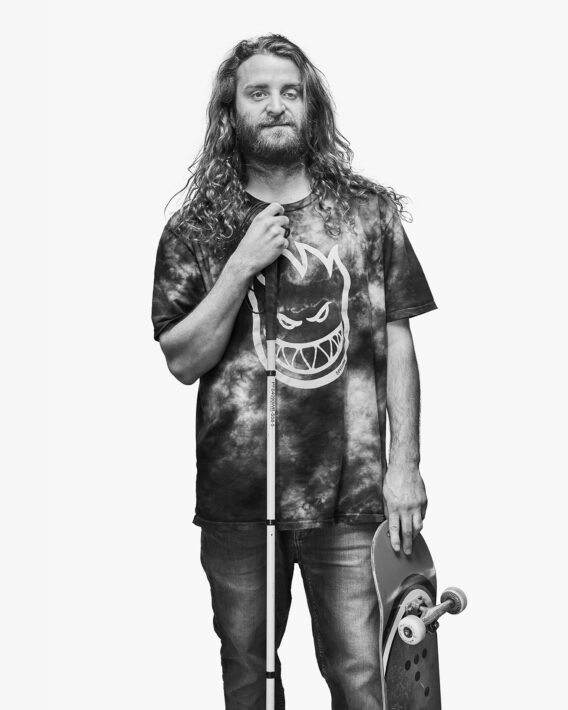