My ‘lifer’ episodes are always loved by listeners. And with this week’s guest Liam Griffin, we are in proper vintage territory. For me, Liam is THE classic example of somebody who has carved out a unique career for themselves, inspired by their love of shredding, and a desire to take risks and follow their own path.

First, some background: LG is a proper stalwart of the US snowboarding industry who I first met back in the early 2000s, when he was overseeing all of Burton’s various events (including the Open series). Two things immediately struck me: his professionalism, and his geek-level love of all things snowboarding.

We became friends and stayed in touch, and in the intervening years I’ve watched on as his career has gone from strength to strength, particularly after he left Burton to set up his own event agency SuperGoodThingMaker, and began working closely with Travis Rice on his various event concepts.

If that isn’t the quintessential lifer resume then I don’t know what is. And behind the scenes Liam has quietly had a supremely important role in steering snowboarding’s development over the past two decades; efforts which have just come to fruition with Natural Selection, the event series he has put together with Travis.

Think of this one as a complement to the Travis episode, and a look at the other side of the story. How do you put something like NS together? What challenges did they face? And just how did Liam get to the point where he could help T-Rice put together the most influential event series in snowboarding?

The perfect territory, then, for a roving chinwag in the finest Looking Sideways tradition. 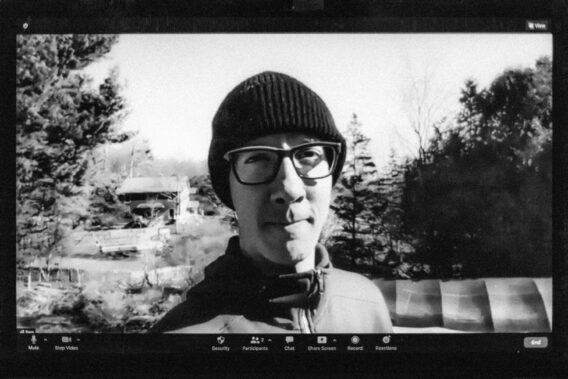