Earlier this year, Australian surfer Lucy Small found herself at the centre of a genuine viral moment. If you follow surf media, you probably say it. It happened when, after winning a surf contest in Sydney, she noticed her winnings were less than half of that of her male counterpart.

Now in these situations, obviously, it’s easier to keep quiet. But on this occasion, Lucy decided to speak out and draw attention to this latest example of the gender pay gap in action – and a viral moment was born.

Since then, Lucy has found herself at the centre of an age-old but still relevant debate about gender equity, and the value we place on the contribution of men and women in surfing, and indeed, society in general. If you’ve listened to this podcast at all closely over the years, it’ll be no surprise to hear that I’ve been following this one closely, and once the dust has settled I contacted Lucy to see if she’d be up for coming not he show to talk about her experience and explore the issues thrown up by this entire incident.

Which she did and I’m happy to see the result is a lengthy, nourishing conversation about this entire thorny issue. Here’s the thing with the status quo: we get so used to it that change can seem impossible. And the bigger the issue, the more entrenched that invisible consensus can seem.

Often, it takes a simple act of bravery to get the ball rolling; an individual or group raising their hand and asking a simple question: ‘Isn’t there a better way of doing this?’

Sticking your head above the parapet in this way takes courage, particularly when you’re dealing with a hyper-masculine culture like surfing. The fact that Lucy’s perfectly reasonable position has ended up becoming such a talking point shows how far we have to go, and is one reason why I was so interested in chatting to her. Great episode, this. Hope you enjoy it, and thanks to Lucy for her openness and honesty.

Watch our full exchange below: 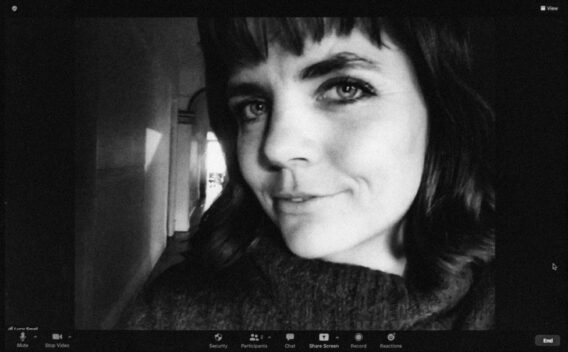