Think ‘viral video’ and a couple of examples from the last decade stand out. Danny Macaskill’s ‘Inspired Bicycles’, certainly.

Ben Moon’s ‘Denali’, too. Like a lot of people – over 20 million at the last count – this beautiful, moving tribute to his dog was the first time I became aware of Ben and his work as a photographer, filmer and writer. As is the case with any creative work that achieves huge success, the film hit hard on a deeply emotional level; successfully conveying the uniqueness of our bond with dogs, as well as the purity of Ben’s relationship with Denali himself.

The success of ‘Denali’ made it inevitable that the story would evolve into unexpected directions, and Ben soon followed the initial short film with an extremely honest and emotionally affecting book about his life and relationship with Denali. Now, with the news that a film adaption of the story is on the way, I sat down with Ben to discuss the whole story.

I really like the Denali story, and I especially enjoyed our conversation, because it is a great reminder to regard the act of creativity as a series of concentric circles, within which new meanings can accrue and accumulate from one single starting point.

Like a lot of my favourite Looking Sideways conversations, this was a lovely chat that took its own sweet time and went off in some lovely tangential directions. Of course we talked about Denali – the dog and the short film – but we also chatted about Ben’s career as a creative in the adventure world, the nature of style, the emotional challenge of creating honestly, and other favourite Looking Sideways themes. Listen below: 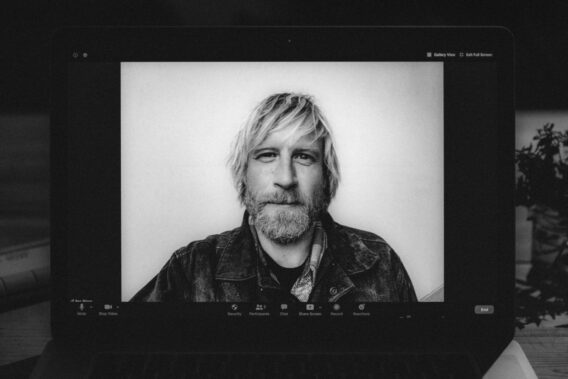