“Creativity is an opportunity to reflect. Which way are you pointing your reflection? You try and go on inspiration and instinct, but you learn a lot about yourself and what you’re trying to make if you start to look at what that actually is.”

The importance of creative confidence has been a constant theme since I began the podcast in February 2017. Think of my conversations with Nick Jenson, Mickey Smith or Sachi Cunningham, to name just three where this topic has loomed large.

From those conversations we learned that this bravery is required if you’re going to stick to your creative guns.

We also learned that it is equally essential if you’re going to understand a crucial lesson: that the process of creating is the point, not some nebulous idea of ‘success’ or acceptance.

And it is also critical if you’re going to accept and be comfortable with your own place in the artistic eco-system – and give yourself permission to enjoy the act of creativity in the long term.

These are lessons CJ Mirra knows well, and are partly why he’s been able to develop such a singular and intriguing musical aesthetic. He’s best known for his collaborations with director and previous guest Chris McClean; notably Translate, their ‘pan-European surf odyssey / live / audio / visual experiment’ which they performed live for the first time at the 2019 London Surf Film Festival.

But as I discovered when I went to visit him at his Leyton studio in February 2020, there’s much more to CJ than this. I very much enjoyed our chat about all things creative and musical, and I hope you do too. 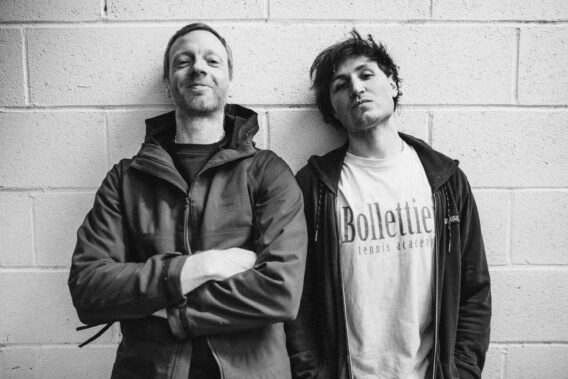