“Doesn’t matter if it’s Spielberg or Dr Dre, they just want to think you know what you’re doing. Even when you don’t.”

Shining a light in stories you may not know about, or speaking to people who are deserving of a wider audience, is a really important part of the Looking Sideways ethos. That’s why my guests have included journalists, activists, chefs and musicians, as well as the big-name professional athletes we all know.
And it’s why I invited my old friend Neale Haynes onto the podcast for this week’s episode. Neale is a photographer, although that description really doesn’t do justice to the life Haynsey has led for the past 30 years.

It’s a truly picaresque tale, which sees Neale (a man definitely both under a lucky star), forge a truly remarkable career that takes in the birth of Loaded and lad mag culture, sees him set up a ground-breaking action sports stock agency; and generally garner enough shameless, name-dropping anecdotes to give DJ BBQ, previous Looking Sideways namedrop world record holder, some serious competition.

A classic from the Loaded years. Photo: Neale

Yes, this is a romp of a conversation in which Neale outlines the entire rollicking tale, while also imparting a couple of really salutary life lessons which apply to everybody, no matter what they’re trying to achieve.

Sure, it’s nice to embark upon a three-week road trip around California. But sometimes it is equally nice to hop on a train to London and sit down with an old mate who you know has had one of the maddest, most incident-packed and downright successful careers of anybody you know. So that’s what I did.

Hope you enjoy the episode. Listen to it below: 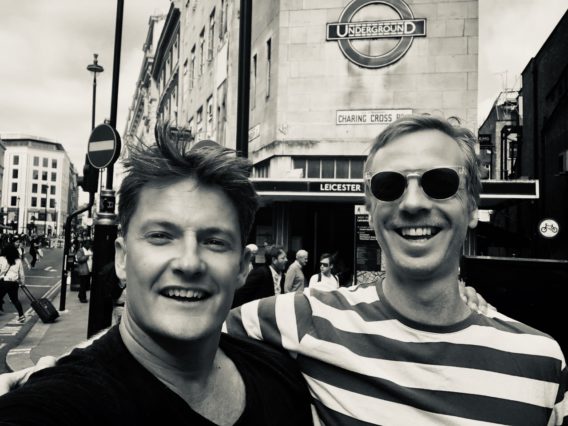