“A board is a device that connects humans to nature.”

I’ve been lucky enough to interview a massively diverse range of people since I started the Looking Sideways podcast. And one thing unites them all: the activity might have lured them in; but it was the lifestyle that eventually hooked them.

Yet few guests, if any, have taken their dedication to this chosen lifestyle to the same extreme as Rip Zinger, a self-described travelling monk who has turned couch-surfing into an artform. Rip is from Tokyo and is, in the title of a blogpost written about his lifestyle, ‘a most interesting man’. A skater, snowboarder and, latterly, surfer, he left his home in pursuit of the lifestyle he loves about – and he’s still on the road.

Along the way Rip has racked up several lifetimes worth of incredible experiences, and made himself one of the most well-connected and much loved figures on the scene with a truly ridiculous network of contacts and friends around the world.

He’s also an amazing photographer, who documents the whole scene on Instagram, and has published a couple of books that document his adventures.

I’ve long found Rip’s story intriguing. Sure, we’ve all got mates who have dedicated themselves to their chosen lifestyle with noble single-mindedness – but few have managed it to turn it into such a fascinating life. Sure, the story of action sports is usually told through the lives of the superstars we all know. But characters like Rip, who are the unsung lifeblood of the scene, are just as important when it comes to sustaining our unique culture.

So as my Californian road trip came to an end, I caught up with at his current digs in Cardiff-by-the-Sea to get the whole story. And what a tale it is, uniquely told by one of the scene’s great characters. Listen to the episode below – enjoy! 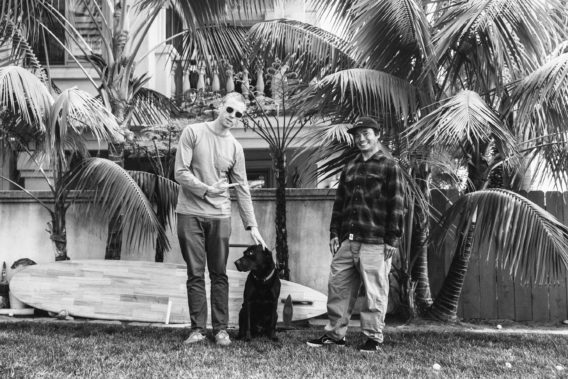