“You’re better off giving it a try, because you can only fail. If you don’t succeed, then at least you’ll have learned something from it”.

I reconnected with an old friend for episode 073 when I met up with Vernon Deck in Laax. Vernon is a snowboard photographer who has been working in the industry for two decades. Today, he works as Volcom’s main Snowboard Photographer, travelling the world and working with riders like Arthur Longo, Cheryl Maas and Jamie Lynn.

That’s a great gig that would probably warrant an episode on its own. But there’s another side to Vernon’s life that meant I was determined to get him on the show. Because when he isn’t shooting snowboarding, Vernon lives on a sailboat and is slowly making his way around the world, documenting the entire thing through his fantastic YouTube series Learning by Doing.

I’ve been hooked on Learning by Doing for a while now, especially given how multi-layered it is. Because as well as being a fantastically droll account of Vernon’s adventures and life on the road, it is also a really sensitive series of documentaries about some of the world’s lesser-known corners.

So when I realised we would both be in Laax for the Sudden Rush Banked Slalom in March 2019, I decided to sit Vernon down to find out more. Naturally, we covered his career as a snowboard photographer at the top of his game. But we also dug deep into his lifestyle choices, and chatted about exactly how he has ended up living this truly peripatetic, off-the-grid existence.

It’s a story of living your life as simply, honestly and possession-free as possible; and about using your talents and platform positively. I found this conversation hugely enjoyable and inspiring, and I hope you do too. 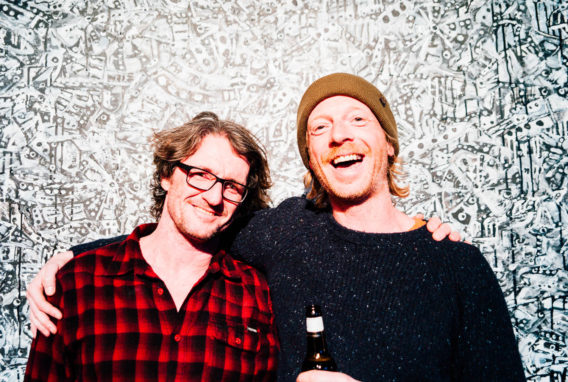