“Why did I change things up? It was a combination of things. Life on the tour felt like being on the hamster wheel. I wanted to be out in the ocean, out in nature, and remember why I started surfing in the first place”

I was lucky enough to welcome surfer, father, rancher, director and Patagonia ambassador Keith Malloy onto the show for episode 054, recorded during my recent trip to Newquay.

Keith’s is a surfing life in three parts. He spent his twenties on the tour, following the contest circuit and enjoying a huge profile as one third of the Malloy brothers.
As he approached 30, Keith made an abrupt left-turn by dropping out of the tour to concentrate on reconnecting with the surfing values that had driven the brothers as kids.

It was a move that coincided with the Malloys as a trio moving to Patagonia to help the brand shape their entire surf category, something they have been doing ever since, and saw Keith embark upon a decade of wave-chasing to some of the remotest, coldest climes on the planet.

Now, as Keith settles into his fifth decade, life has changed once again and in this lovely, ruminative conversation we cover plenty of ground, including Keith’s involvement with Patagonia, #wornwear, his relationship with his brothers and father, how his family life has completed a wider, cross-generational circle, being an auto-didact and much more.

Big thanks to Patagonia for hosting me down in Newquay, and particularly to Alex Weller, Jelle Mul, Louise Brierley Ingham, Neill Thompson and everyone else for their hospitality.
Listen to the episode below: 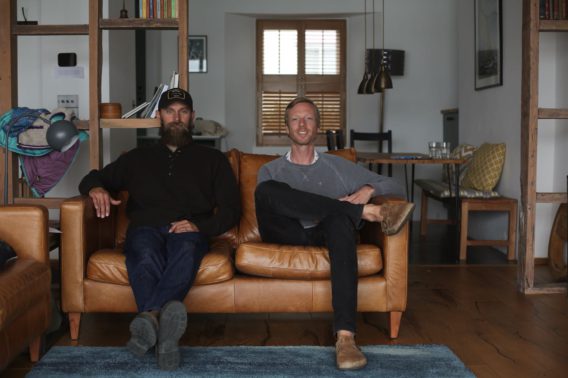