“I don’t care what you ride or what it looks like. I want to know how it feels”.

In August 2017 I headed down to Newquay for a few days, and while I was there popped in to visit my guest for episode 017, UK surfer Ben Skinner.

Ben is one of the UK surfing’s most prominent and respected characters. He’s a world-class longboarder, with numerous World Championship podium places to his name; a respected and progressive shaper, and owner and operator of Skindog Surfboards with his best mate Jason Gray.

Above all, as you’ll hear, Ben is an advocate for UK surfing and the simple pleasures of surfing itself. He’s all about riding what you want and making surfing as inclusive as possible, something that comes across loud and clear in this chat.

Keep an ear out for:

Really enjoyed this one – Ben’s got stories and opinions for days – thanks for making me so welcome down there as well chaps. Enjoy!

Thanks to Roger Sharp for the pics as well. 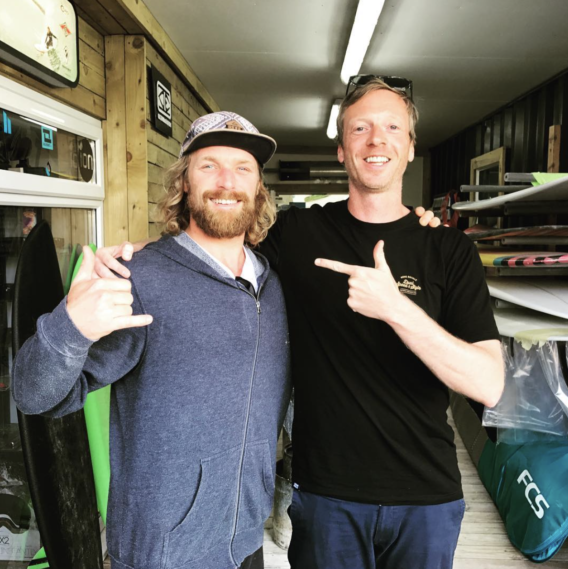